Posted by Seafood Atlantic at 1:40 PM No comments:

Please Shop Ahead! We will be Closed Easter Sunday! Thank you!

Please Shop Ahead!  We will be Closed Easter Sunday!  Thank you! 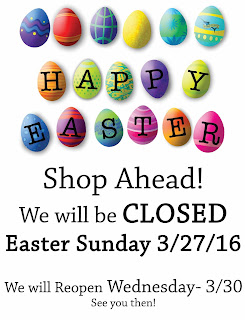 Posted by Seafood Atlantic at 9:38 AM No comments: 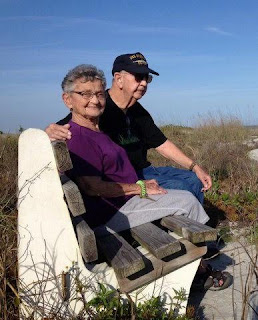 Happy 90th Birthday to our Seafood Star Rex!
Rex and his twin sister Fay grew up in Bolivar, PA the children of Alice Robinson (daughter of a Civil War soldier) and John Clyde McHail (Veteran of World War I).
Rex was active in Boy Scouts while growing up, attaining the rank of Eagle.  He enlisted with the Navy during WW2 at the age of 18, serving as Quartermaster aboard the USS Breeman, DE 104.  He earned his BS in Forestry from Penn State after the war.
He then accepted a position in Colorado with the U.S. Forestry Service for a time.

Rex and Shirley Ann Frye were married in 1952 and moved to Washington DC to start their family, where Rex was employed with the Navy Dept before moving into the private sector as a Photogrammetrist with
Bausch & Lomb.
After retirement, Rex refined his love of woodcarving and his appreciation for waterfowl in particular,  producing many pieces of hand carved artwork and sharing his talents with  others in both formal and informal teaching venues.
Rex and Shirley are especially admired by their four grown children and nine grandchildren.

For a number of years, Rex and Shirley have made their home in Rochester, NY while wintering with friends and enjoying the excellent seafood of sunny Cape Canaveral, Florida.
This beautiful writing was submitted by Rex Jr.  Have a great birthday! 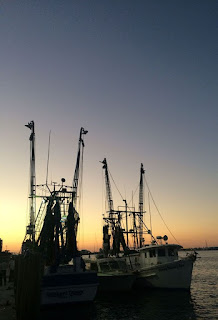 Posted by Seafood Atlantic at 11:49 AM No comments: 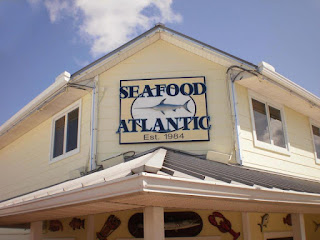 Posted by Seafood Atlantic at 9:29 AM No comments:

Seafood Atlantic is looking for experienced applicants for the positions of
Morning Kitchen Prep, Sandwich Station, Expo, Host, Busser, and Server.
Please apply in person at the fish market Wednesday-Sunday 10-7 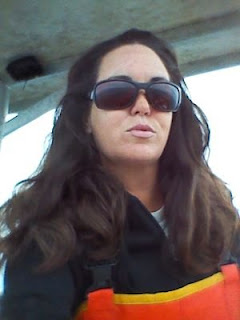 Her boat is a AV22 ft Suncoast named the Black Jack.
She longlines Shark, gill nets Spanish Mackerel and cast nets Roe Mullet.
Jay, Sara's husband is also a American Boat Captain of his boat named Sara B, he has been a fisherman for 25 years and gill nets Spanish Mackerel.
They are part of a dying breed.  Local wild fish are not only delicious they are better for health and our environment.  In the same way that we support small farmers with each purchase of American grown food, poultry and beef, when you buy seafood from American fisherman we are keeping jobs on America's soil.


Posted by Seafood Atlantic at 12:10 PM No comments: